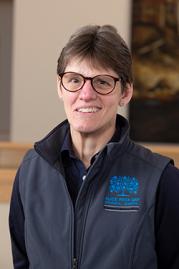 Sue Mooney, MD, MS, FACOG, has been the President and CEO of Alice Peck Day Memorial Hospital since April of 2013.

She joined the Medical Staff at APD in 2000 as a full-time Obstetrician/Gynecologist and continued in that role until 2005 when she took a leave of absence to pursue fellowship training as a Veterans Administration Quality Scholar. During that two-year period of time, she received a Master’s Degree in Healthcare Quality Improvement from the Center for Evaluative Clinical Sciences at Dartmouth (now The Dartmouth Institute). Upon her return to APD, she became the Medical Director of Quality and ultimately the Chief Medical Officer before transitioning to her current role.

Dr. Mooney is passionate about improving the quality of care that APD provides to patients. 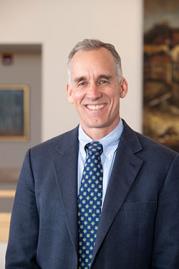 Dr. Lynch joined APD in June of 2019. Previously, Dr. Lynch served as Executive Medical Director of Same Day Services at Reliant Medical Group in Worcester, Massachusetts. Prior to Reliant, Dr. Lynch worked clinically as an emergency physician at Concord Hospital in Concord, New Hampshire. He was the Medical Director of Urgent Care and served in multiple leadership roles including the Concord Emergency Medical Associates President and the Chair of Emergency Medicine. In addition, he served as the Chair of the Concord Hospital Charitable Trust.

Dr. Lynch earned his undergraduate degree from Dartmouth College, received his medical degree from the University of Virginia, and completed his residency in Emergency Medicine at Hennepin County Medical Center in Minneapolis, Minnesota. He has also completed a Physician Executive MBA at Brandeis University. In addition to his current administrative work as Chief Medical Officer, Dr. Lynch works clinically in the emergency department at Alice Peck Day Memorial Hospital and at Dartmouth Hitchcock Medical Center. He is also on the faculty of the Geisel School of Medicine and serves as a Clinical Instructor. 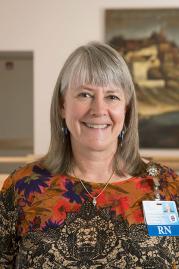 Jean joined APD in the winter of 2018. Jean previously served as the Chief Operating Officer at the Elliot Health System in Manchester, New Hampshire, where she also served as the Vice President of Patient Care Services and Chief Nursing Officer.

After working throughout the United States in direct nursing care, she began her management career at Dartmouth Hitchcock Medical Center, where she ultimately became the Director of Intermediate Cardiac Care and Cardiovascular Critical Care Units. Prior to joining the Elliot, Jean was the Vice President of Acute Care Nursing at Concord Hospital. Jean earned her undergraduate degree in nursing from the University of Wisconsin-Eau Claire and her Master of Science degree in nursing from the University of South Alabama. 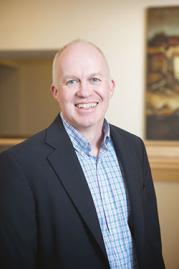 Peter Glenshaw joined APD as the Associate Vice President of External Affairs in May 2014. He is responsible for all public-facing activity at APD, including fundraising, marketing, communications, volunteers, community health, community relations, nutrition services, and government relations.

He brings 25 years of experience as an administrator, fundraiser, and communications professional in higher education, including ten years at both Harvard University and Dartmouth College.

Glenshaw received an undergraduate degree in Religion and Government from the College of William and Mary, and a Master's degree in English from Georgetown University.

Since 2000, Peter and his wife, Elizabeth Glenshaw, have lived in Lyme, New Hampshire, with their three children. Peter enjoys sprint triathlons, snowboarding, and the outdoors. He has long-standing interest and experience in the development of new organizations and approaches to challenging social issues. 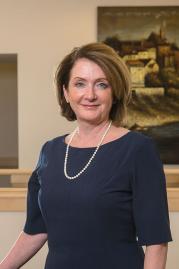 Dale Collins Vidal, MD, MS, joined APD as the Executive Director of the Multi-Specialty Clinic (MSC) and member of its Senior Leadership Team in February, 2016.

Vidal spent the previous 21 years practicing at Dartmouth Hitchcock Medical Center, where she served as the Chief of Plastic Surgery and the Medical Director of the Center for Shared Decision Making. She also served as a Professor of Surgery at Geisel School of Medicine at Dartmouth College. 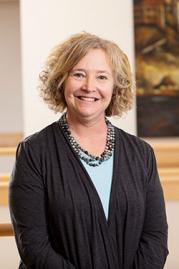 Kim holds a Juris Doctor degree from Western New England College School of Law and is a licensed attorney in the state of Vermont. She earned her BS in business administration from the University of Vermont.

Kim enjoys spending time with her daughter and her two dogs, and she can often be found hiking or behind the lens of her camera. 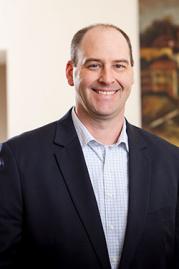 Todd Roberts joined APD in 2013. Todd has over 18 years of finance experience and served as APD’s controller for six years before being promoted to Vice President of Finance in 2020. He is responsible for overall fiscal and financial management of Alice Peck Day Memorial Hospital, including fiscal services, materials management, and revenue cycle.

Prior to APD, Todd spent time as the controller at Casella Construction of Mendon, Vermont, and in fiscal services at Mt. Ascutney Hospital in Windsor, Vermont. He earned his BS in business administration with a concentration in accounting at St. Michael’s College in Colchester, Vermont.

Todd also serves on the Ottauquechee Health Foundation Board of Trustees and enjoys spending any spare time with his family and enjoying the outdoors.