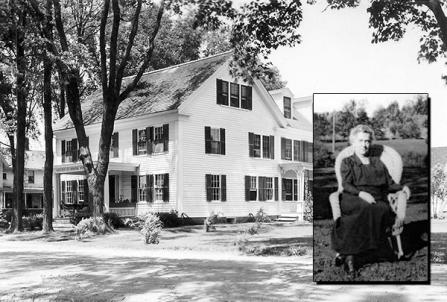 1927
Mrs. Alice Peck Day was a fifth-generation resident of Lebanon, New Hampshire. Upon her death in 1927, she bequeathed her family home to found a cottage hospital. Dr. Arthur Burnham, one of the area's leading physicians, helped lead the drive for incorporation, and APD opened its doors for the first time on February 1, 1932. 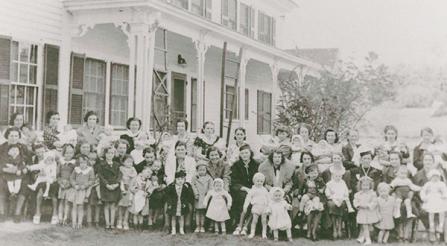 Early traditions at APD included “Donation Day,” when Lebanon residents contributed food, bathrobes, towels, and other needed goods, and “Baby Day,” where babies born at the hospital gathered with their families for a social get-together. The hospital specialized in births and minor medical procedures such as tonsillectomies. 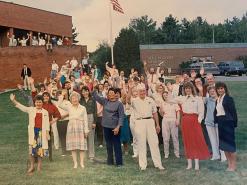 1964
APD transitioned from a cottage hospital to a modern hospital with a new building in 1964. APD continued to expand, adding physician clinics while increasing surgical capacity and range of services. 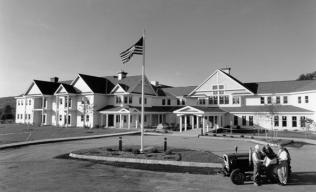 1996
APD opened a 72-bed assisted living facility (Harvest Hill) on its campus in 1996, followed by the addition of a 66-unit independent living facility (The Woodlands) in June 2010. Both facilities represent APD’s commitment to serving seniors in our community.

2006
APD raised $4.3 million to build the Robert A. Mesropian Center for Community Care. The center offered primary care, internal medicine, geriatric care, and physical therapy. This building was renovated in 2020 to include a state-of-the-art Sleep Health Center. 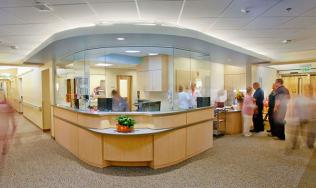 2012
Philanthropic support made possible a major renovation to the hospital’s medical-surgical inpatient wing in 2012. It was renovated to include 15 private and two semi-private patient rooms, each with a spacious family area, private bathrooms, showers, a palliative care family suite, a 4-patient observation unit, and an inpatient rehabilitation gym. It was named the Donald Faulkner Dickey Wing to honor the late son of Closey and Whit Dickey.

2016
APD became a member of the Dartmouth Health system in 2016. System membership enabled a unified electronic health record and integration of various clinical and administrative functions, allowing APD to deliver the best possible care close to home, at the most convenient location for our community.

2017
All outpatient services began welcoming patients in the new 44,000 square-foot Multi-Specialty Clinic. Outpatient healthcare is now provided under one roof in a building designed around the patient experience. 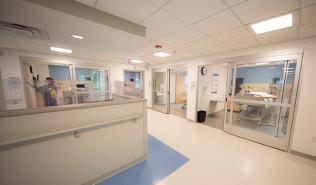 2021
The Hospital's east wing was renovated into a 10-bed short stay surgical unit designed to meet the unique needs of select patients requiring surgical procedures, such as total joint replacements and neurosurgery, with hospital stays of less than 24 hours. The unit allows APD to provide a modernized, efficient environment for patients, caregivers, and staff.

2022
APD’s community COVID testing facility has served more than 17,000 people, and our monoclonal antibody clinic has treated 750-plus COVID-19 patients.